Restoration of the former Soldiers Graves

The restoration of the Creswick Veterans Graves (formally know as the Soldiers Graves)  by the Creswick Cemetery Trust and the re-dedication on 11 November 2014 by the Creswick-Smeaton RSL
The restoration project was headed by Wendy Ohlsen from the Creswick Cemetery Trust, when she asked the War Graves Commission what could be done to improve the site. They suggested  a discussion with the local RSL which  was done. The current Graves were concreted over which did not allow for family members to be buried together.

So after quite a bit of discussion a plan was devised and Wendy went to work with funding applications.  This included in managing to get the pathways financed by the Department of Health (as it was an OH&S problem with the paths cracked and uneven), $1,000 from the Creswick and District Community Bank towards the work, and the Cemetery put in the other $2,000 to get the concrete done around the graves. Creswick Quartz donated the quartz for laying on top of the graves. The Commonwealth Bank - Creswick Branch, donated their flagpole.

The idea started around 3 years ago and has taken a bit of time and tweeking to get the funding and the work done, but it now looks fantastic and with the new flagpole up,  all we are waiting on is the Lone Pine to be planted in May.

The removal of the concrete covering the graves, now allows family members to be buried together.
The soldiers graves before the restoration works began. Photos courtesy Wendy Ohlsen. 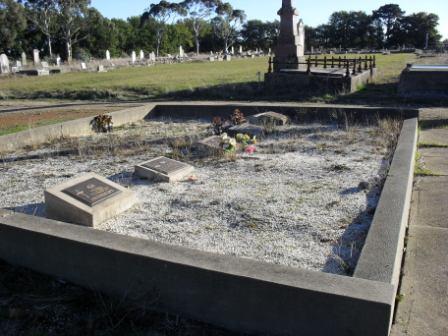 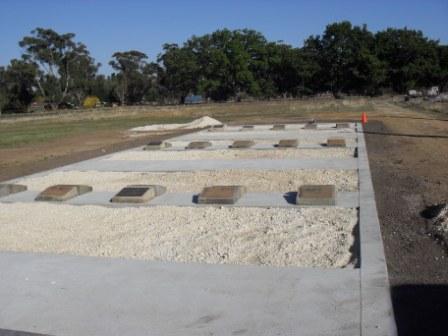 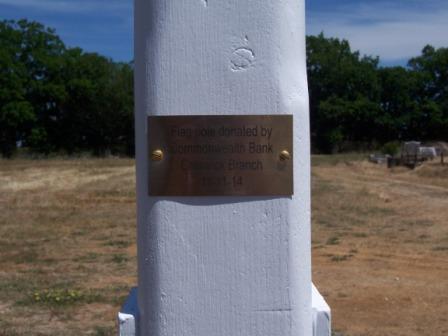