It was cold and chilly as sunrise approached. Over two hundred people stood in silence at the War Memorial in front of Crosses that remember those from the Creswick District who have served their country and now have passed on. Michael Clark, Secretary Creswick RSL, gave the Dawn Service. members of the Creswick Light Horse were in attendance and Catherine King, MHR laid the first poppy. This was followed by the gun Fire breakfast held in the town Hall. Thanks to the Creswick Lions Club.
2013

The town awoke to fog, for the annual dawn service, led by Paul McGuniess, but it did not deter the estimated crowd of five hundred people who attended. A catafalque party from the 8/7th battalion  of the Royal Victorian Regiment mounted around the little field of white crosses at this service, added to the solemnity of the occasion. At the parade and service at 10.30am the Creswick Municipal Band and Creswick Light Horse Troop added to the atmosphere of the day. 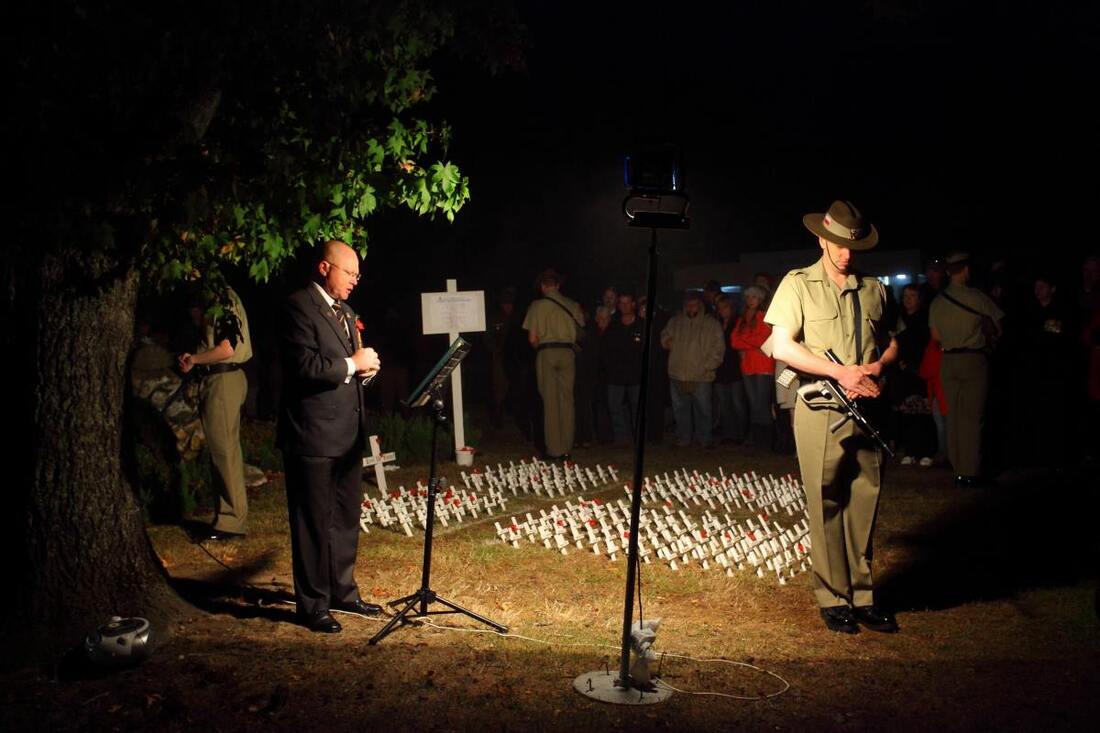 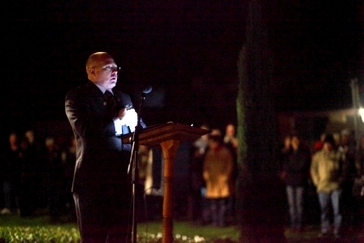 Paul McGuinness Creswick/Smeaton RSL.
As the sounds of gunfire rang out at 6am at the Cenotaph, the 8/7th Regiment Guard moved to take up position and reverse arms.

It was a very cold morning but the crowd was large. Paul McGuinness delivered the Dawn Service and then everyone went to the Farmers Arms for a Gunfire Breakfast.

Catherine King, Member for Ballarat was in attendance.