Today we celebrate the anniversary of the arrival of the first fleet of 11 convict ships from Great Britain, and the raising of the Union Jack at Sydney Cove by Captain Arthur Phillip on 26th  January 1788 .

In the early 1880's this day was known as First Landing or Anniversary Day and then Foundation Day.

A  National Australia Day Council, founded in 1979, views Australia Day as "a day to reflect on what we have achieved and what we can be proud of in our great nation," and a "day for us to re-commit to making Australia an even better place for the generations to come'.
Australia Day means different things to different people and this is especially true for the First Australians.
For many indigenous Australians, 26th January is an occasion to reflect on past loss an   suffering.

​We would like to acknowledge that we are meeting on JARRA people country, of which members and elders of the DJA DJA WURRUNG community and their forebears have been custodians for many centuries. On this land, the JARRA people have performed age old ceremonies of celebration, initiation  and renewal.
We acknowledge their living culture and their unique role in the life of this region.

Ladies and Gentlemen, we have quite a few local people who can be considered to be high achievers. We have achievers from all walks of life .
We would like take this opportunity to  introduce them to you.  On behalf of the Australia Day committee and all of Creswick we congratulate you all. When I call your name could you please come up and take a bow.

Dr. Kevin Tolhurst AM.
Dr Tolhurst received a Member (AM) of the Order of Australia award in the Queens Birthday Honours last year recognising him for his service to science through land and bushfire management, and to the community through providing expert advice at fire emergencies.

Mr Bob Orr OAM
Bob Orr was awarded the Order of Australia Medal for his dedication to the Creswick community, particularly through the health services.

Mr DAVID PRESTON
David Preston was inducted into the National Road Transport Hall of Fame during the year, for fifty years service to the Transport Industry.

Hepburn Shire awards
Citizen of the Year – won by Michael Cheshire from Clunes.

However --- Our nominations for this award were Judy Henderson, Philip Greenbank and Archie Lubeek.
As far as we are concerned these are our local citizens of the year.

Young Citizen of the Year – Oscar Broad for dedicating his time to help Ballarat's homeless and underprivileged.

Community Event of the year – Creswick 1915 - Jack Van Beveren and Phil Carter
At the Hepburn Shire Australia Day Civic Reception held on 25th january at Daylesford town Hall, our Creswick-Smeaton RSL  and Creswick & District Historical Society were awarded the Community Event of the Year for CRESWICK 1915 held during April 2015 to remember the 100th Anniversary of the landing at Gallipoli. This event was embraced by the people of Creswick. We are very proud to win this award for Creswick. two yers of planning wet tiotheis event. We would like to say a big THANK YOU to everyone who participated in CRESWICK 1915.
​Creswick Under 15 Football Premiers
Coaching Crew
Phil Judd       Bradley Jarvis       Dale Mercer     Darren Antonia     Barry Flynn

Creswick Lawn Bowls
Judith Caddy, June Whitehead, Jeannie Rook, and Beth Huntly -  the winners of the District State Fours  final and now they go on to play in the Regional Level.

We would like to congratulate all of our achievers
​ 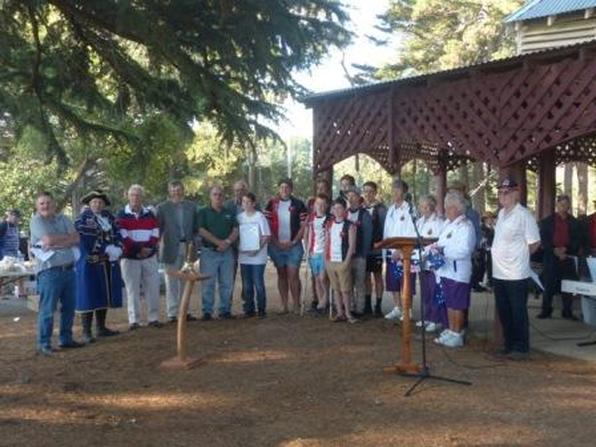 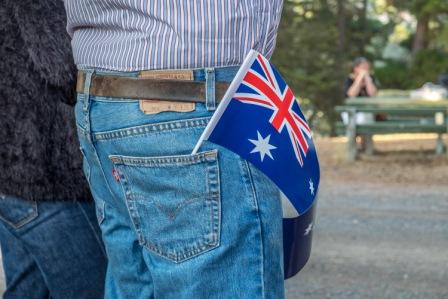