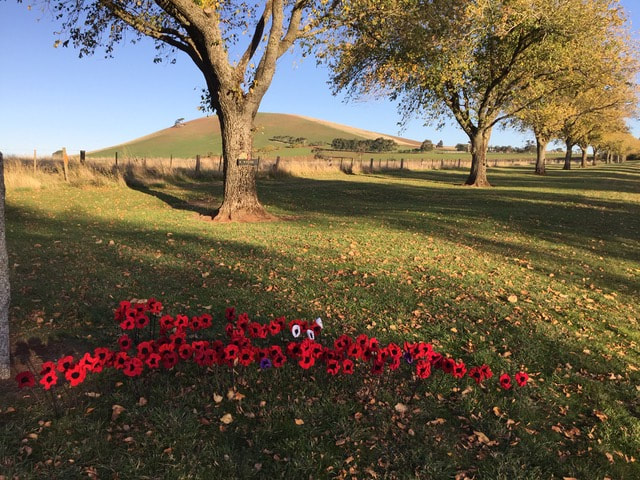 Brian and Josie conducted a Dawn Service at the Kingston Cenotaph.
Creswick 2020

Anzac Day in Creswick
Because of the outbreak of the COVID-19 virus, Creswick-Smeaton RSL will be cancelling all Anzac services, gunfire breakfast and parade for Creswick, however the RSL will be conducting a single simplified service at 1100.
Members of the public are discouraged from attending this service, however individuals  may lay a wreath at their own expense at any time during the day.
We are doing this in an effort to protect all veterans and citizens from any possible threat from this virus.
Your cooperation in this difficult period is greatly appreciated.
Thankyou.

​​A short service was held by the RSL, and was streamed live on Creswick Online Notice Board.
Creswick RSL ANZAC Day Service 2020
The Field of Crosses were on display the week before and the week after ANZAC Day, for those wishing to pay their respects.

The crosses were meant to have been up for two weeks after ANZAC Day, but due to the removal of one of the crosses, the memorial was taken down earlier.

Throughout this pandemic, we made sure that those who serviced in all conflicts and who did not come, were not forgotten.

The WW1 crosses now consist of 969 names as identified in the researching of the book that was to have been launched on ANZAC Day. ​
​ 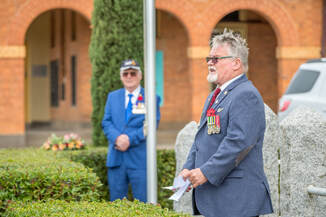 ​Today, on behalf of the Creswick-Smeaton RSL Sub-Branch, we remember the four Police Officers who were recently killed in the line of duty and our condolances go out to their families, friend and the Victorian Police Force.

Today our thoughts are with all Defence Force personnel, serving in Australia or overseas, may you keep safe and when the time comes, to come home safely to your families and friends.

ANZAC SPIRIT
The mother country is in a spot of bother again.
We might will go and help sort it out, so we offered a hand and said "She'll be right mate".
This was the spirit of those men from Australia & New Zealand as they rushed off to war and became the "ANZAC".
The bold laughing soldiers were a new unknown factor to a very old empire.
Described by poet John Mansfield "But if the British thought they took a bit of getting use to, but the enemy never got use to these colonials, fought as they lived - bravely, openly, independently and without fear.
They proved that their young counties could produce men equal to any in the world perhaps the greatest fighting force the world has ever know - "The ANZAC".
So "She'll be right mate" is not a bludgers way, but our way .
So we put out a hand to the men and women who are in need with a crooked smile and say "She'll be right mate" as we pull you out of a bog, out of troubled waters or a broken aircraft.
"She'll be right mate", we lend a hand to all.
Laying of the Wreaths 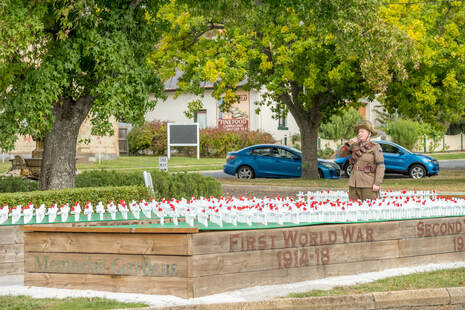