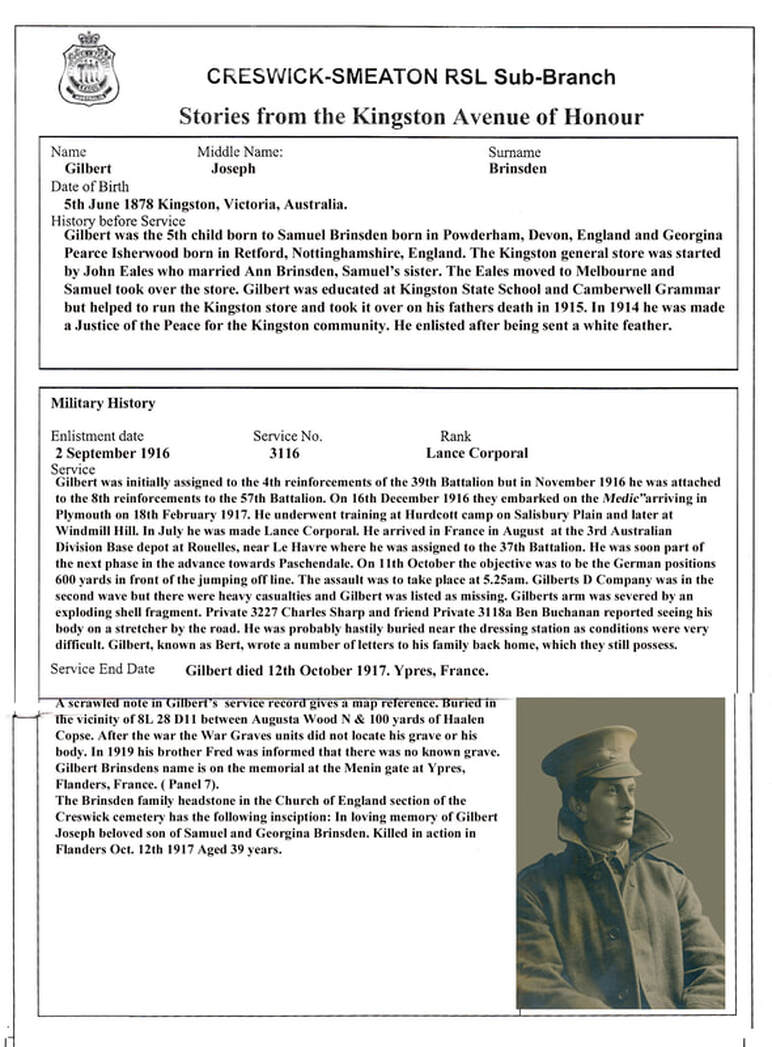 He ran the Kingston shop and regularly took a horse drawn wagon to Ballarat to collect supplies.
The Argus Melbourne Thurs 5 March 1914
“ The following additions to the list of justices of the peace were approved yesterday by the State Executive Council; Central bailiwick. Mr John Henry Stone of Park Crescent, Fairfield; Southern bailiwick, Mr Gilbert Joseph Brinsden of Kingston………”

In his thirties he was sent a letter from an unknown female with a white feather in it, a method used to accuse someone of being a coward. Despite the fact that he was in his late thirties and running the shop before and after his father died, he enlisted.  He arrived in France about July 1917 and was killed in October after a few campaigns. His body was not found. His name is on a memorial at Passchendaele.  Ypres, Menin Gate, Ieper West - Vlaanderen, Belgium. Panel 7 -17-23-25-27-29-31. Ieper was then Ypres - a town in West Flanders. The memorial is on the eastern side of the town on the road to Menin and Courtrai. He is recorded as Lance Corporal 3116, 37th Battalion, Australian Infantry AIF. Killed in Ypres Salient. Peter Brinsden inherited his watch and Harold kept copies of letters and photos.
​A headstone in the Creswick Cemetery has the following insciption:
In loving memory of
Gilbert Joseph
Beloved son of Samuel and Georgina Brinsden
Killed in action in Flanders
Oct. 12th 1917
Aged 39 years
Also in the Kingston Avenue of honour.  Tree - West 16 - Brinsden G.J died in action in Flanders. 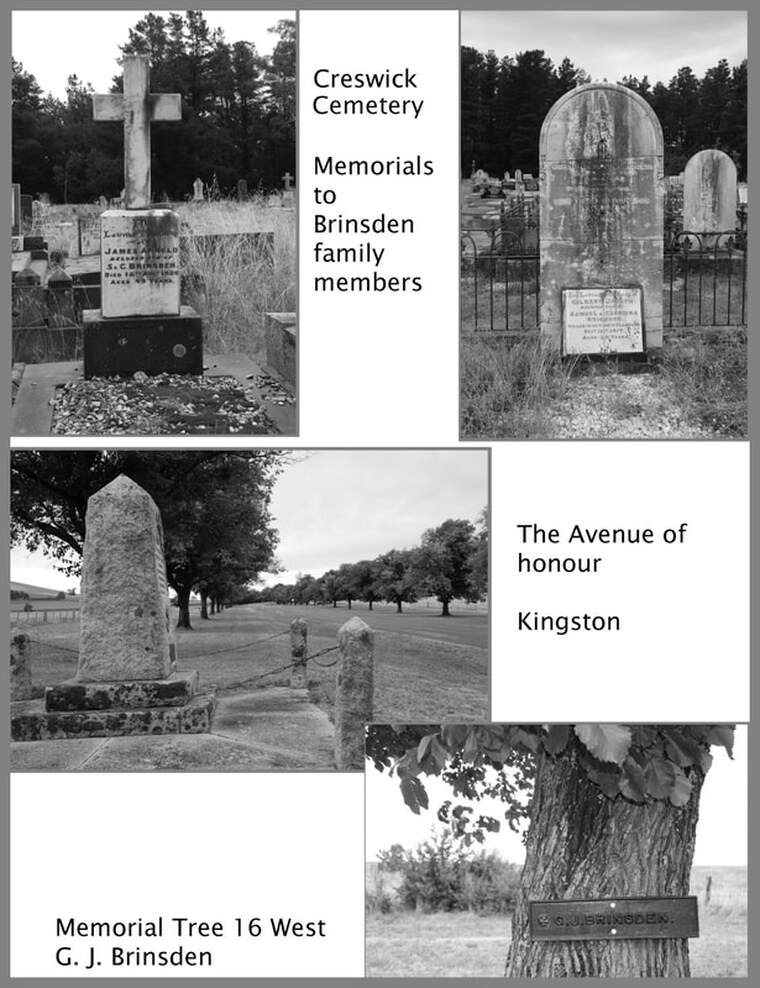 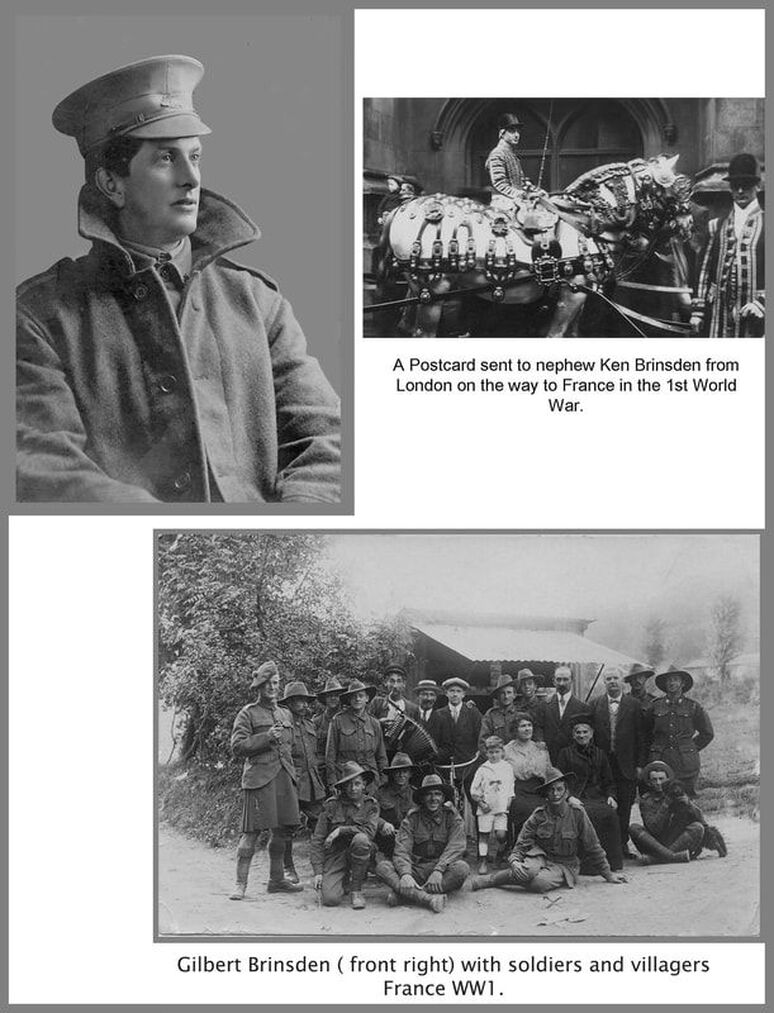