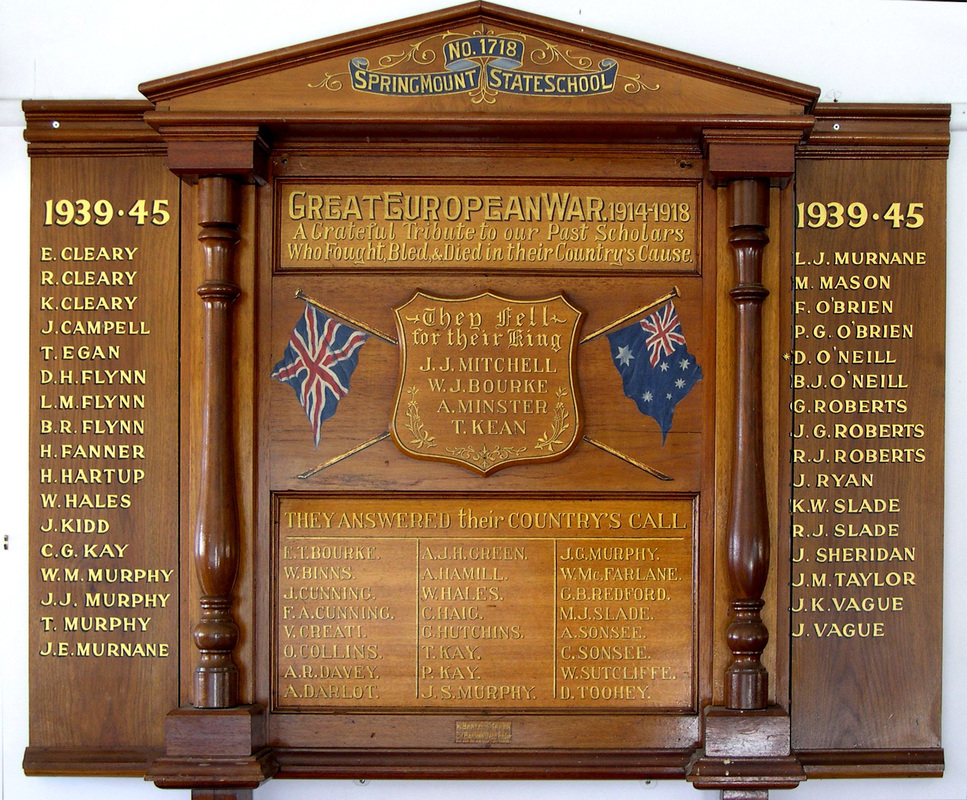 THEY HELD RE-UNION AT SPRINGMOUNT

As part of the Creswick centenary celebrations, Springmount held a re-union night last Friday at the school and it turned out to be a great success.

Many old “Mount-ites” and many old Creswickians joined with the home folk in song and dance.

The evening was partly devoted to exchanging greetings and going over events of days gone by. The rest of the night was spent in dancing and items in between were rendered by Mrs. Quick (who sang two songs), Frank Caddy and Joe Dean (novelty item). S. McDonald and Lois Flynn both gave items, while Mrs. Brooks again caused much amusement with her Laughing song.

One of Springmount’s famous suppers was served by the ladies and the evening was concluded with the singing of Auld Lang Syne.

During the evening, the Shire President (Cr. E. A. Pearce), who was doing “a tour” of various functions, was introduced by Cr. J. S. Morrison.

“Cr. Pearce is an ex-Serviceman and it should interest him as well as all of you to know that any profits from this evening will go toward an honour roll for Springmount’s men who served in our country’s defence,” Cr. Morrison said.

Cr. Pearce acknowledged the welcome and applauded the aim Cr. Morrison had just mentioned. He wished all the homecomers an enjoyable time.

A very pleasant entertainment took place here in the schoolroom last Friday afternoon, 21st inst., when the honour board, erected by the residents of Kooroocheang to perpetuate the names of the pupils who served in the great war, was unveiled in the presence of a large number of the residents of the district. The weather was fine, and the whole proceedings were carried out with great credit to those who were responsible for the arrangements. The unveiling ceremony was performed by Lady Peacock, and it was most fitting that that lady should have that pleasing honour allotted to her, for both she and Sir Alexander Peacock have ever been in sympathy with our brave boys. Mr. C. W. Sewell, J. P., the chairman of the school committee, was in the chair, and he kept things going. After the singing of the National Anthem, he introduced Lady Peacock, who gave a very fine address to both children and the old folk, after which she asked all present to stand while she unveiled the honour board. The school children sang a patriotic song, after which Sir Alexander Peacock gave an address in which he laid great stress on our obligations towards the returned soldiers who had done so much for us, even to giving their lives that Australia may be free. Addresses were also given by the president of Shire (Cr. D. Anderson), and Cr. F. H. Carter. The chairman thanked the speakers for their fine addresses, which was responded to by Lady Peacock in a few well chosen remarks. The Recessional Hymn was sung, after which afternoon tea was handed round to all present. The inscription of the board was as follows:- Roll of Honour. 1914-1919. In honour of the pupils of the Kooroocheang State School. *A. H. Smith, C. H. White, *L. C. White, H. E. White, G. Croucher, *P. LaFranchi, A. LaFranchi, *S. LaFranchi, W. Pickering, H. Pickering, D. Dunston, J. McMahon, R. Hull, J. Kneale, D. Williams, W. Risk, *G. Waddingham, R. Waddingham, *G. A. Heron, W. F. Heron. Who served in the great war. *Those who made the supreme sacrifice.