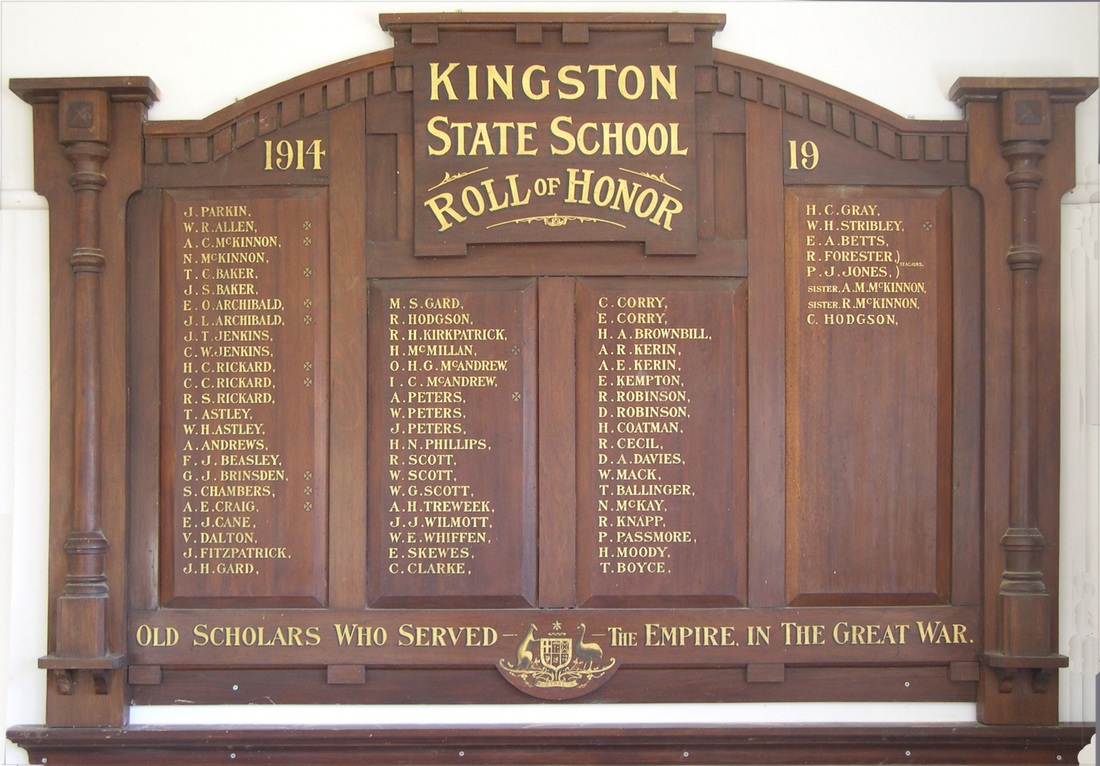 Honour Board moves to Kingston

The Kingston Honour Board is on loan from the Creswick-Smeaton RSL to the Friends of the Kinston Avenue of Honour, to be part of "Kingston Remembers Resource Centre" located at the Commercial Hotel in Kingston. The Honour Board was moved on Christmas Eve 2019.
Honour Board Relocation
Broomfield State School No. 1719 - The Great War 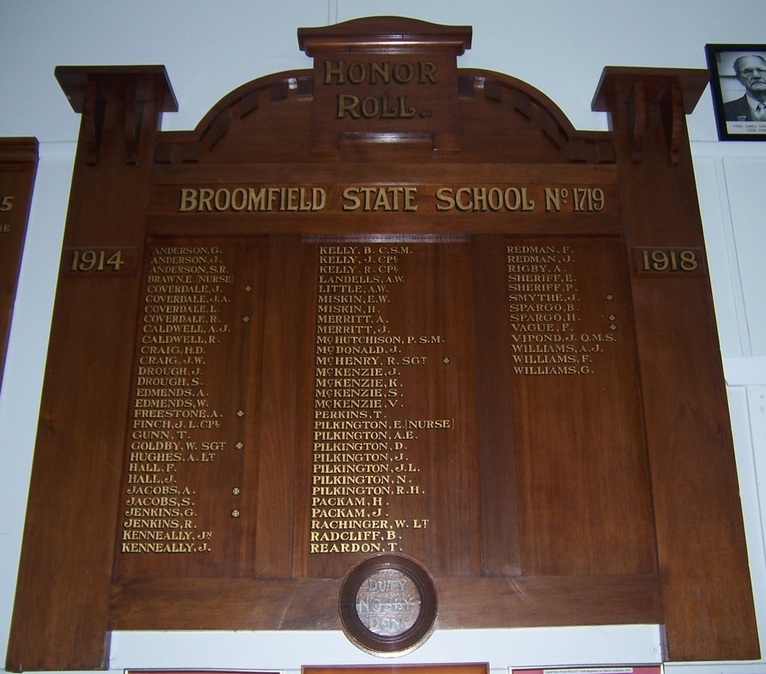 This committee were the first, in 1916, in the shire to erect an Honour Board, which was unveiled on Empire Day, 1916, for old scholars enlisted. In reference to this Honour Board it was one of the earliest designs; we will leave it to this enthusiastic committee to procure another one of a more elaborate design, which should include many more names.
North Creswick Methodist Sunday School - The Great War
1 January 1918, Page 6, Ballarat Courier
Country News - Methodist Honor roll
Unveiling Ceremony
Speech by Sir A.J. Peacock
Creswick Monday

On Sunday afternoon the North Creswick Methodist Church was filled to witness the unveiling of the honor roll to the memory of 48 old scholars of the Sunday School who have enlisted for active service. The church was appropriately decorated for the occasion and the superintendant of the Sunday School, Mr. W. Merritt, was chairman. Precedings opened with the singing of the National Antham and "God Bless our Splendid Men"

The chairman said that during the past three years many men who had been connected with the Sunday School had gone from their homes to take part in the great war, said they decided to erect the honor roll so that the coming generations would be able to look upon the board and honor the men, many of whom had made the supreme sacrifice. He had had the pleasure of teaching many of the boys in the Sunday School. Mrs R.H. Dowley, who had three men on active service, kindly consented to unveil the honor roll.

The gathering stood while Mrs. Bowley removed the Australiian ensign which was covering the board, which is of polished oak, with the lettering done in gold. This artistic work was carried out by Tunbridge and Son. of Ballarat. "God Bless Our Splendid Men" was again song.

Miss Florrie Bowley, secretary of the Sunday School, read the names of the volunteers, which was followed by the singing of "Lead, Kindly Light."

Sir Alexander Peacock said, as a native of the town, he as pleased to see such a representative gathering. They were present to do honor to the brave lads and leave a record behind for the younger generations to look upon as scholars who had gone to fight for King and country in the great war. He was perfectly certain at seeing all events that we in Australia had not realised the true aspect of the war.

They owed a great deat to the British Empire and the Allies and our brave men. A few years ago critics from the Old Country said the Australians were on the downward grade, but they had proved that to be false. They had the grit of their forefathers and when the call of country came they answered promptly, many had made the supreme sacrifice. Sir Alexander quoted C.J. Dennis poem, "The Little Homes" and remarked how they had suffered in this district. Parents, brothers, and sisters of soldiers who had fallen and of those on active servie were present to do honor to the brave boys.

A lot did not  realise that the Allies were fighting for Australia: but on the fronts were Australias's true frontier. Those men were brave men. Here we were grumbling at little discomforts: but the severer the winter on the Western Front the better it would be for the Allies, as it would keep the Germans from breaking through the line until the Americans arrived. He thought honor boards and monuments should be erected all over the Commonwealth to the memory of our brave boys. It was quite right the mothers of soldiers should unveil the honor boards. They were entitled to recognition. They reared their boys to manghood and then gave them for King and country.

Sir Alexander referred to the great service held in Westminster Abbey, when the Archbishop of Canterbury preached to the Australian and New Zealand troops - the most wonderful service he had ever read of - taking as his text, "Greater love has no man than he who laid down his life for his friend." He spoke of the heroic sacrifice made by our men in risking their lives for  us. A few years ago no-one would have anticipated so many soldiers would have gone of thier own free will from Australia, Canada, New Zealand and South Africa to fight for civilisation and humanity.

The compulsory system had been turned down: but our brave boys must not be turned down. It was useless crying out for peace. He who is now crying out for peace is no friend. The Germans had certainly lost all their oversea territory, but they had a stronger footing on Europe than ever they had before. If by any means they should have a premature peace, before the little children were old men and woment they would be at war agian with Germany. These young men who had gone away would be honored more than any promineate citizen in Australia. 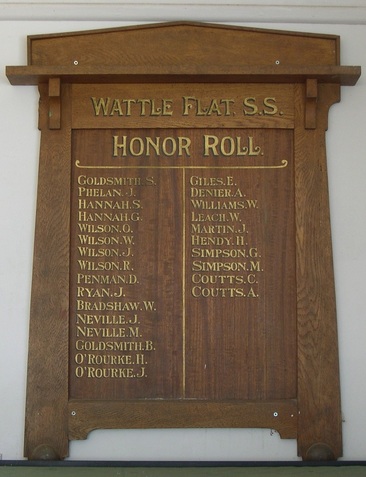