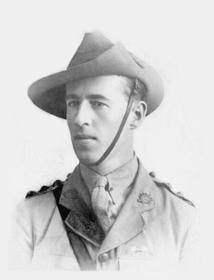 Legacy had its origins in the Great War of 1914-18, in Gallipoli, Palestine, France and Flanders.

On return to Australia, some of the servicemen felt their colleagues were failing to assist other returned men adequately. In 1923, General Sir John Gellibrand[1] founded the Remembrance Club in Hobart. Its aim was to encourage returned servicemen in business to care for the dependents of deceased Australian service men and women including any death which is deemed service related. Stanley Savige[2], a former Officer who had also served with Gellibrand, visited Hobart in August 1923 where Gellibrand urged him to set up a similar club in Melbourne.

On Savige’s return to Melbourne, he brought the idea to the fore using Gellibrand’s Remembrance Club as his model. After several informal meetings, the Melbourne club’s inaugural meeting was held in Anzac House in Melbourne. For the next 26 years, due to Savige’s commitment, energy and enthusiasm, his name became inseparable from both the club and the movement. In 1925 it was suggested that Legacy should look into caring for the children of deceased servicemen. This proposal was accepted and Legacy found its soul. This legacy of care continues today.

Volunteer members (usually ex-service members) are called ‘Legatees’ because they accept the ‘legacy of care’ for their comrades’ families. Legacy’s assistance depends on the individual situation of the person being supported. With the help of Legatees, who stay in touch with all families, Legacy ensures families receive their entitlements and access to Government benefits. As well as financial support, Legacy provides companionship for ex-servicemen and their families and assistance with the education of children.