The Battle of Lone Pine Ridge started on 6 August 1915 and concluded on the 9 August 1915
On the 6 August 2015 at 11am, members of the Creswick-Smeaton RSL along with Primary Schools from Creswick, Creswick North and Mt. Blowhard, planted an Aleppo Pine (Pinus halepensis) at the Cenotaph. The location is at the top of what will be the Field of Crosses Memorial Gardens, to be built shortly.

The service was conducted by the RSL's President Alan Morris.

Flags flying at half mast.

Ladies and Gentlemen, Boys and Girls.

Today marks the 100th anniversary of the Battle of Lone Pine.

The battle was named Lone Pine after the single pine tree on the battlefield.

The Turks had cut down all but one of the Aleppo pines that grew on the ridge to cover their trenches. This tree was whittled away by shell fire in the early battles.

Australian soldiers called it "Lonesome Pine" after a popular song of the time.

The Battle was fought between Australian and Turkish forces during World War I between 6th & 10th August 1915.

The Australians managed to capture the main trench line from the Turks in the first few hours of the fighting, however the fighting continued for the next three days..

Finally, on  August 9, the Turks called off any further fighting and by the next day the action ceased, leaving the Australians in control.

Seven men earned the Victoria Cross in what was probably the bloodiest battle in Australia’s military history.

Lone Pine was a win in a Gallipoli campaign of defeat, however it resulted in  2300 Australian and around 7000 Turkish casualties.

I would like to acknowledge the uncle of our RSL member here, Jack Stubbs. He was one of those casualties. His name was Frank Mason and he was killed on 7th August 1915 which happened to be his 21st birthday. Another life cut short by the madness of war.

As a result of the battle's significance to the Australians and New Zealanders, Lone Pine is the site of the annual Anzac Day dawn service at Gallipoli.

This tree, seeded from specimens taken from Gallipoli is going to be planted by some of our young school children. It is being planted so that we can remember the brave soldiers who took part in the Gallipoli campaign and all the other military campaigns since.

With the advances in medical science today there is a good chance that some of these children will be around to witness the 200th anniversary of the Lone Pine battle.

I would now like to hand over to these children who will now plant the tree.

“They shall grow not old as we that are left grow old,

Age shall not weary them nor the years condemn.

At the going down of the sun, and in the morning

We will remember them.”

That concludes our service. 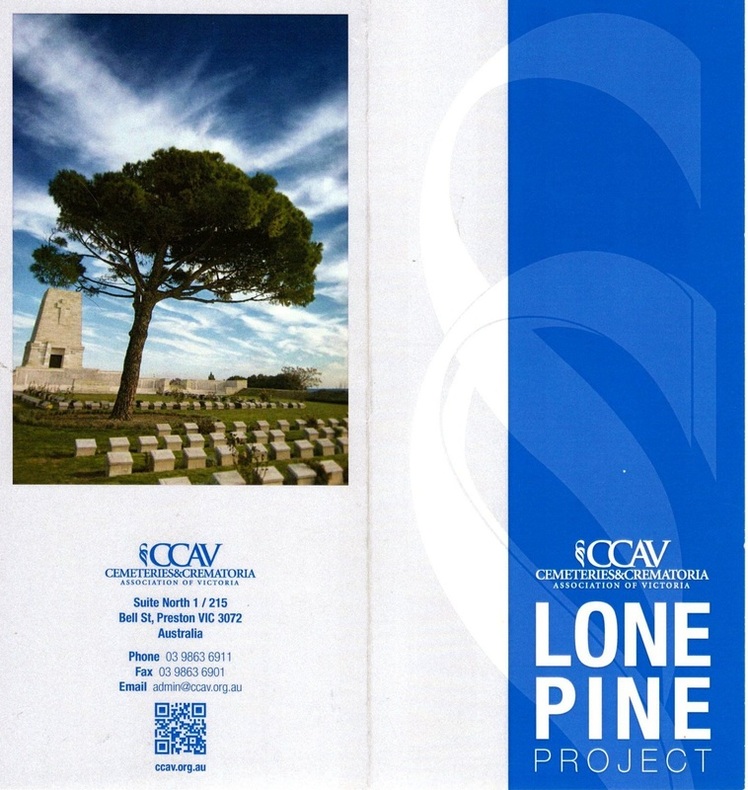 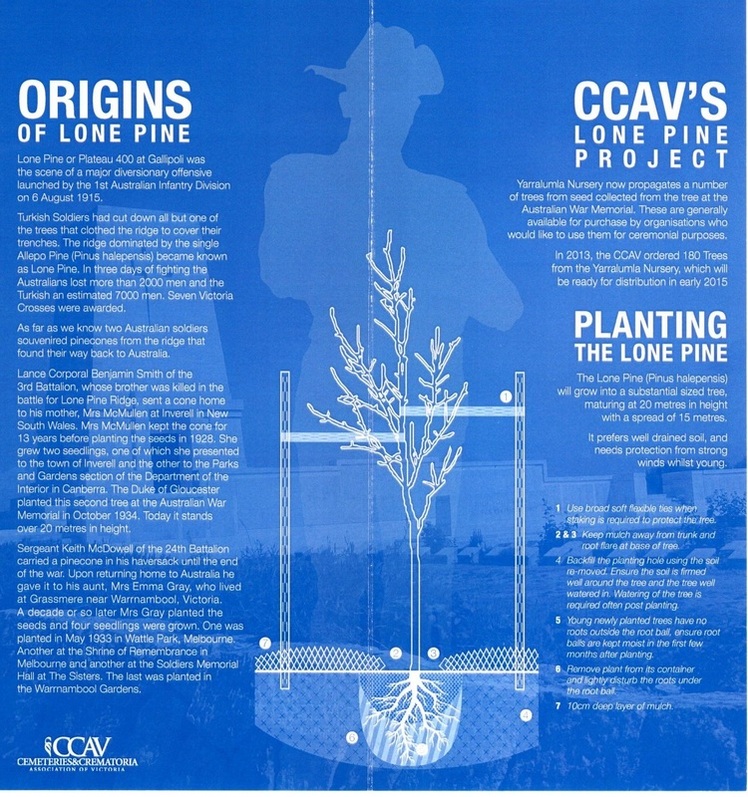