The Creswick  North Primary School Honour Board had hung in the Creswick-Smeaton RSL for many years after it was removed from the school, due to restoration works at the school and was not moved back later on. It was later assumed to have been lost several years later  in a fire at the school.

In 2013 the then Principal Darren Moloney approached the RSL for  any photos of the Honour Board, as the school wanted to get a duplicate made to replace that original one that was (believed) destroyed.

When the request was raised at a RSL meeting, a member said that they thought that they had see the board in question and this was when it was discovered that the honourboard has not been lost or destroyed but has been hanging in the RSL Hall the entire time.

Below: RSL Secretary Michael Clark handing over the North Creswick State School Honour Board to School Principal Darren Moloney on the 26th June 2013. 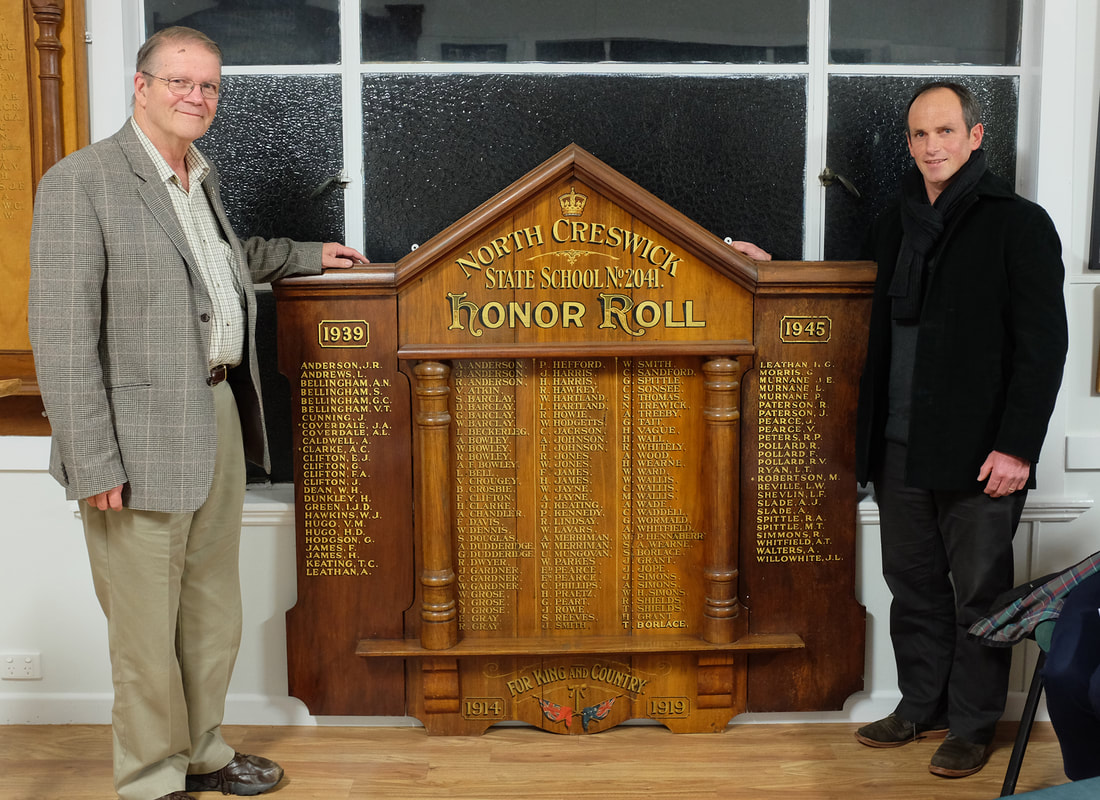 After the honourboard was returned to the Primary School and rehung in the main entrance hallway, there were concerns about its conditions.

The Honour Board was delivered to Conservator Jude Schahinger on the 8 June 2018 and after 5 weeks of restoration works, was picked up on the 21st July and rehung in the main entrance on the school.

The Honour Board celebrated it's centenary on the 14th September 2018 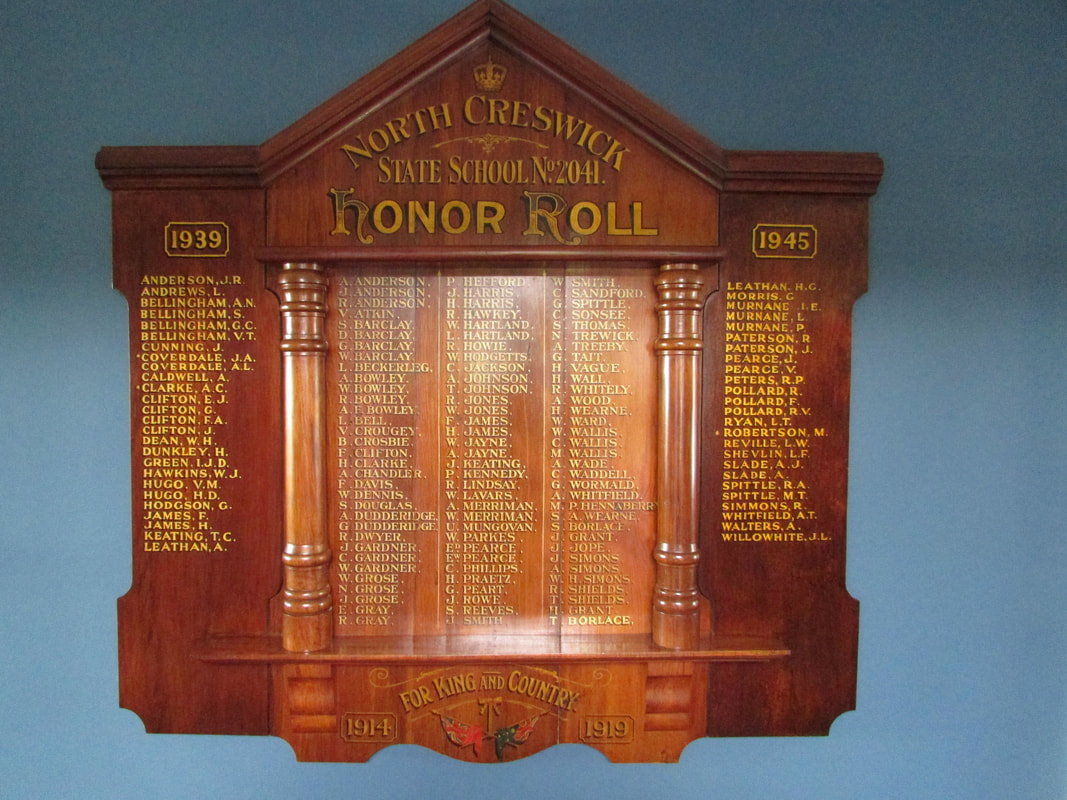 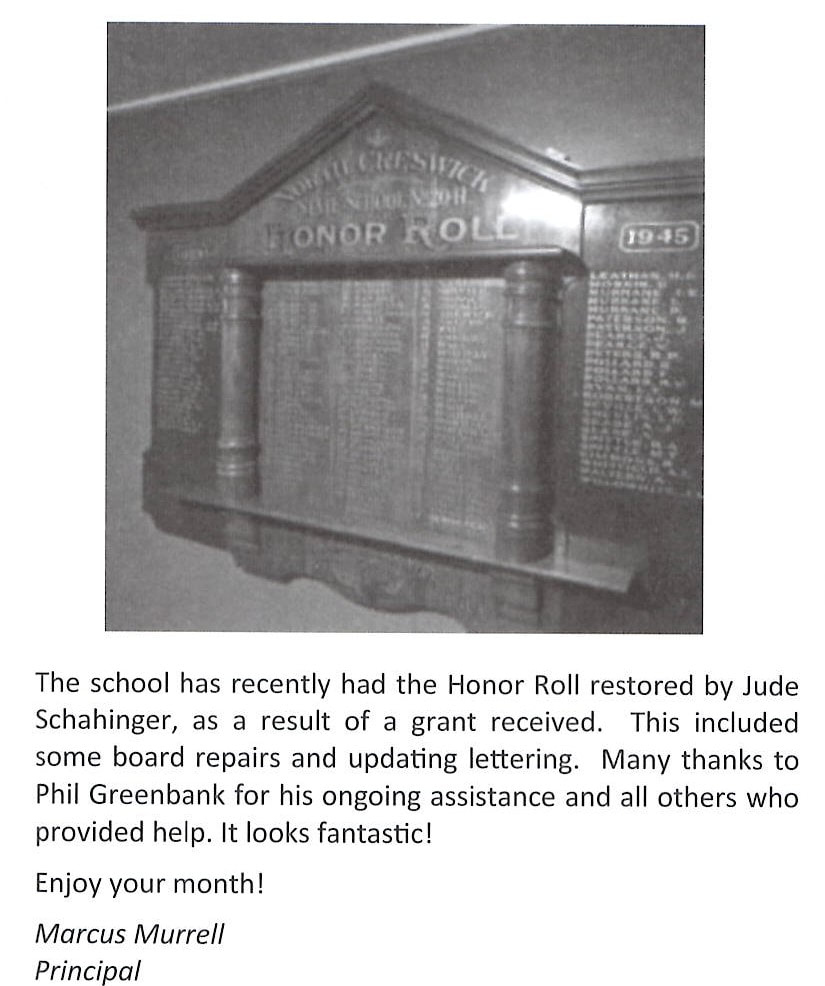