Following the ANZAC Day service on Sunday 25th April 1926, the Great War Honour Roll was unveiled during a ceremony held in the Town Hall.

Eighty-nine years later, as part of the Creswick 1915 commemorations, a working bee was held by RSL members to clean the board of decades of dirt and grime.

Following the cleaning, it was discovered that there were paint droplets on the board caused by past painting of the Town Hall, broken pointing (mortar) between the panels, faded and missing lettering, adhesive residue left behind from party decorations being stuck on the board during events at the Town Hall and water damage from a leak in a window above it.

The RSL Conservator Jude Schahinger was asked to examine the Honour Roll and write a report recommending restoration works that would be required.

Following the report, the RSL applied for a grant through the Department of Premier and Cabinet’s “Restoring Community War Memorials and Avenues of Honour Grants” which was successfully granted in 2016.

Jude spent a total of eight days in April this year restoring the Honour Roll and carrying out the following:

Soiling and grime was removed using a painted-on slurry.
Adhesive residues were cleaned using acetone.
All paint drips were removed. The background on the central panels and the blue lettering were overpainted.  Red overpainting was done only where necessary.
All existing pointing was raked out and repointing was achieved with a traditional lime mortar.
The copper alloy fixings were removed, lightly cleaned and then hot waxed.  Hot waxing will offer long term protection from corrosion.

The Honour Roll restoration was finished in time for its first viewing at the Gunfire Breakfast following this year’s Dawn Service. 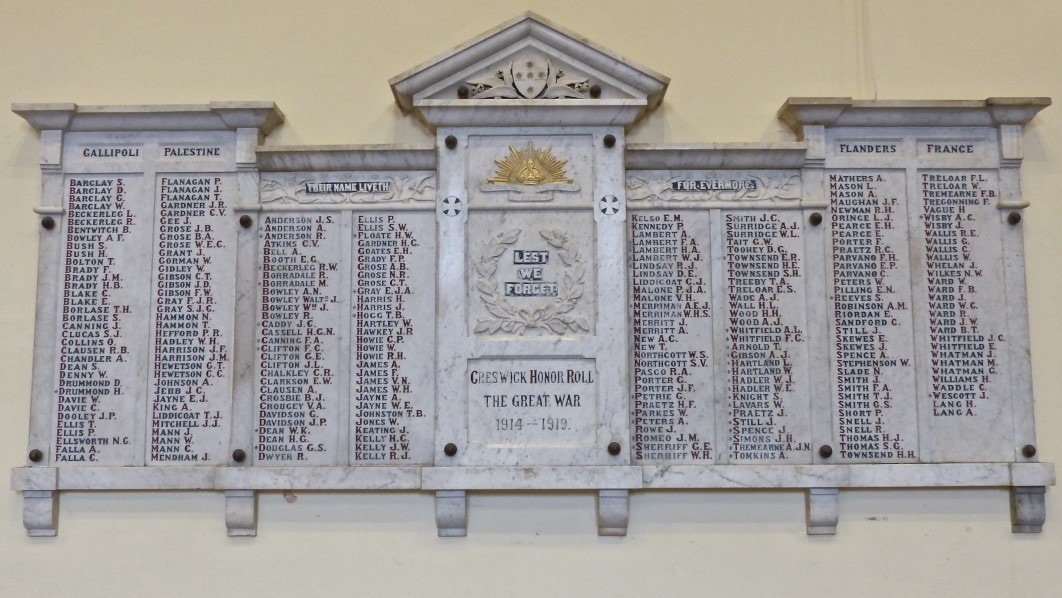 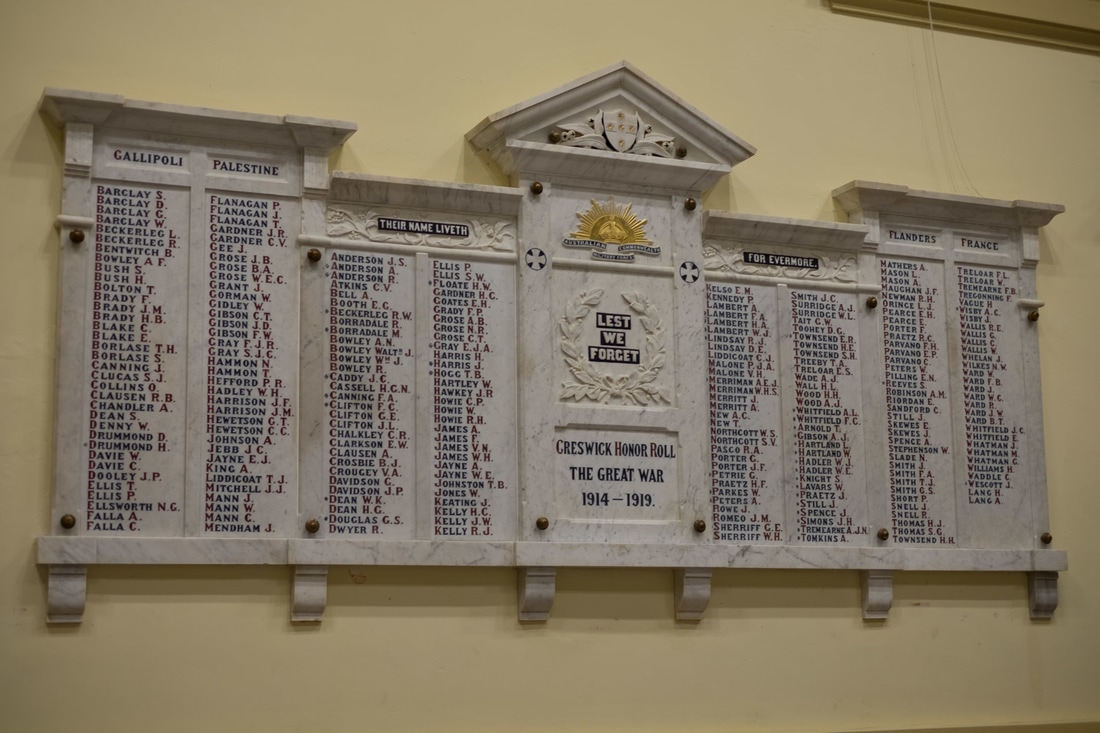