The Creswick Men's Health Group organised the trip with members of the Creswick -Smeaton RSL & Clunes RSL also in attending.

Leaving the Information Centre carpark at 8am, by bus. We stopped for morning tea at the newly finished BP Roadhouse and McDonalsds Service Centre at Rockbank then proceeded onto the Shrine of Remembrance.

At the Shrine we were met by our Shine Guide and was taken on a tour of the newly completer Galleries of Remembrance  which has been built amongst the pillars that hold up the Shrine. The display follows all the conflicts and peacekeeping roles that Australia has been involved in.

In the World War One section, where Turkey is represented, the Turkish Government donated money to assist with this project, continuing the close ties between our two countries.
Before leaving we were invited to attend the Commemorative Service for HMAS Vampire, held in the Shrine's Sanctuary.
HMAS Vampire was sunk on this day in 1942. One of those who was lost that day, was John Carey, and  at the service his son Alan Carey  laid one of the wreaths while his grandson Andrew Carey read the Reflection. 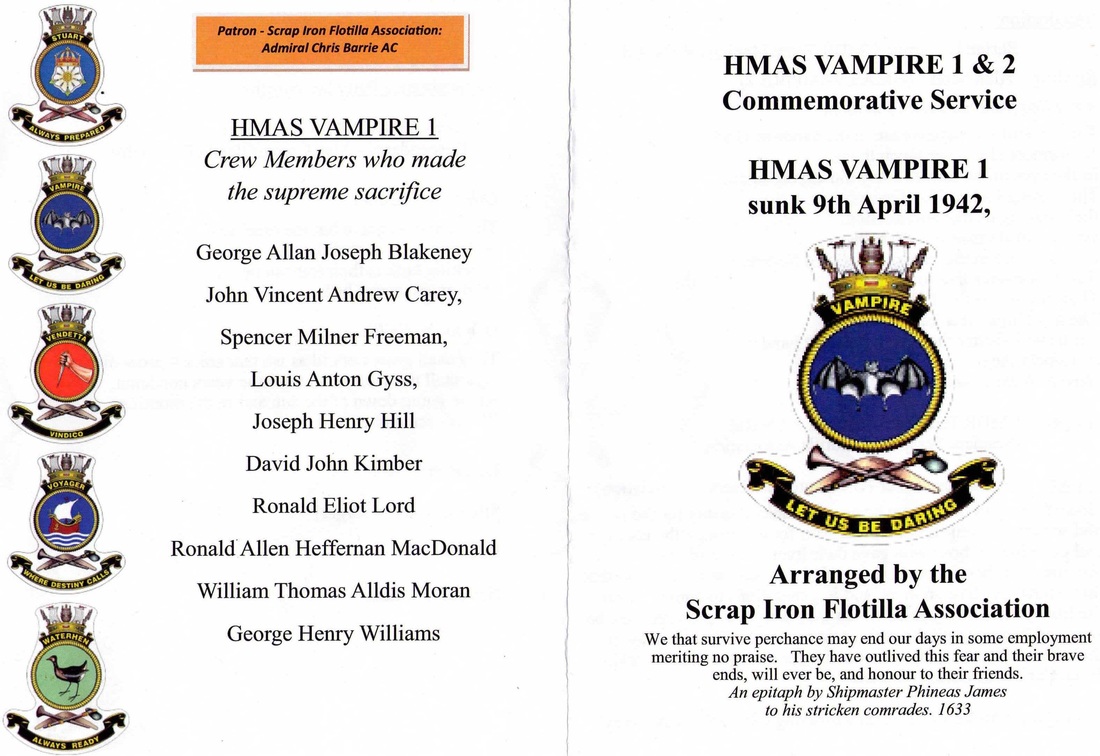 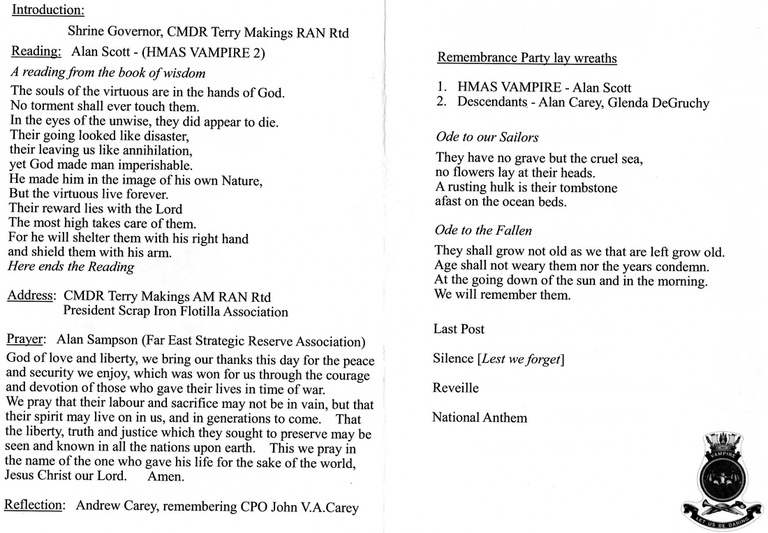 We went on the Steam Packet Hotel for lunch then to the 707 Railway Workshops in Newport where we were met by one of the volunteer members and shown around the locomotives and other workshops. We then boarded the bus for the trip back home to Creswick, arrive at 5:15pm