Two-up is a traditional Australian gambling game, involving a designated "spinner" throwing two coins or pennies into the air. Players bet on whether the coins will fall with both heads (obverse) up, both tails (reverse) up, or with one coin a head and one a tail (known as "Ewan"). It is traditionally played on Anzac Day in pubs and clubs throughout Australia, in part to mark a shared experience with Diggers through the ages.
The game is traditionally played with pennies – their weight, size, and surface design make them ideal for the game. Weight and size make them stable on the "kip" and easy to spin in the air. Decimal coins are generally considered to be too small and light and they do not fly as well. The design of pre-1939 pennies had the sovereign's head on the obverse (front) and the reverse was totally covered in writing, making the result very easy and quick to see. Pennies now are marked with a white cross on the reverse (Tails) side. Pennies can often be observed being used at games on Anzac Day, as they are brought out specifically for this purpose each year. 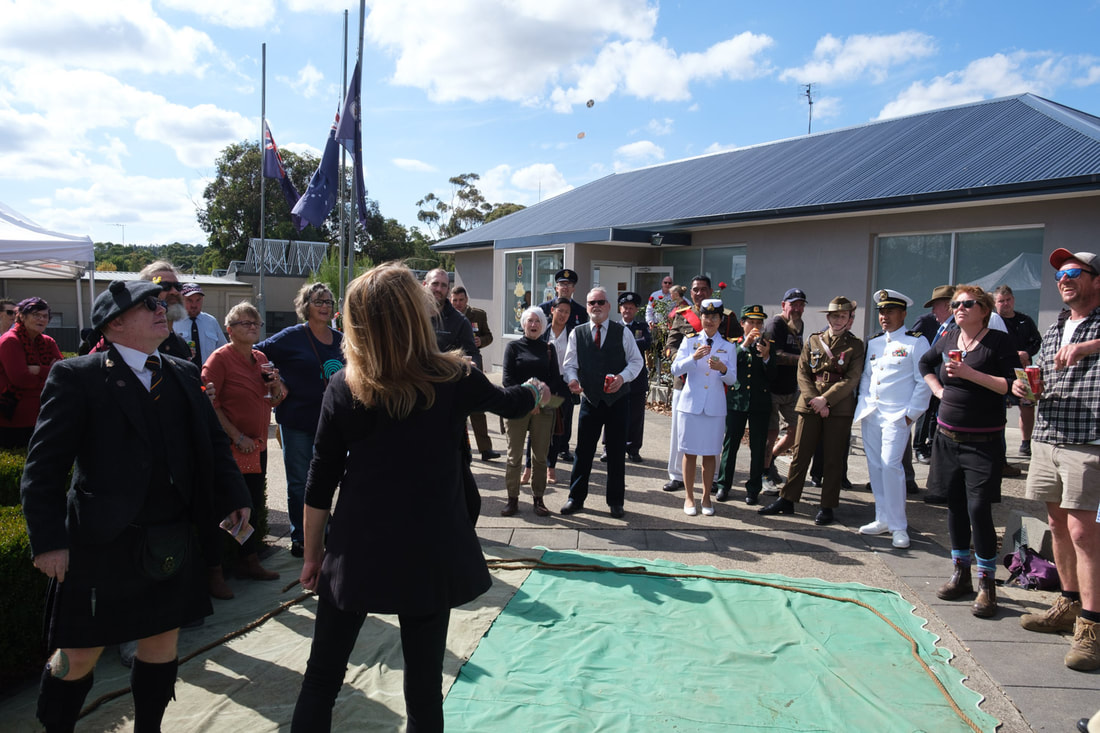 Can you see the pennies in the first and late photos
Photos: Courtesy of Terry Hope Productions