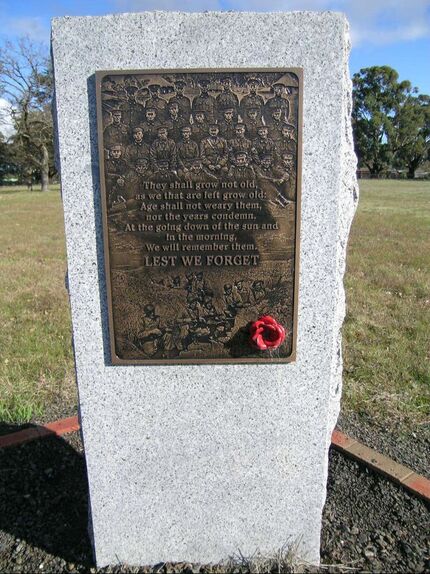 Photos courtesy: Terry Hope Productions & Phil Greenbank
Memorial Stones, RSL Hall - 09:45am
Each year as a WW2 Veteran, Jack Sewell would lay the RSL's wreath at the Memorial Stones in front of the RSL Hall, to remember all though who served in the 2nd Would War and following conflicts. Unfortunately we lost Jack in December last year. This year the wreath was laid by RSL President Alan Morris.
​Photos courtesy: Terry Hope Productions
Assembly and March off for the ANZAC Day Parade at 10:30am 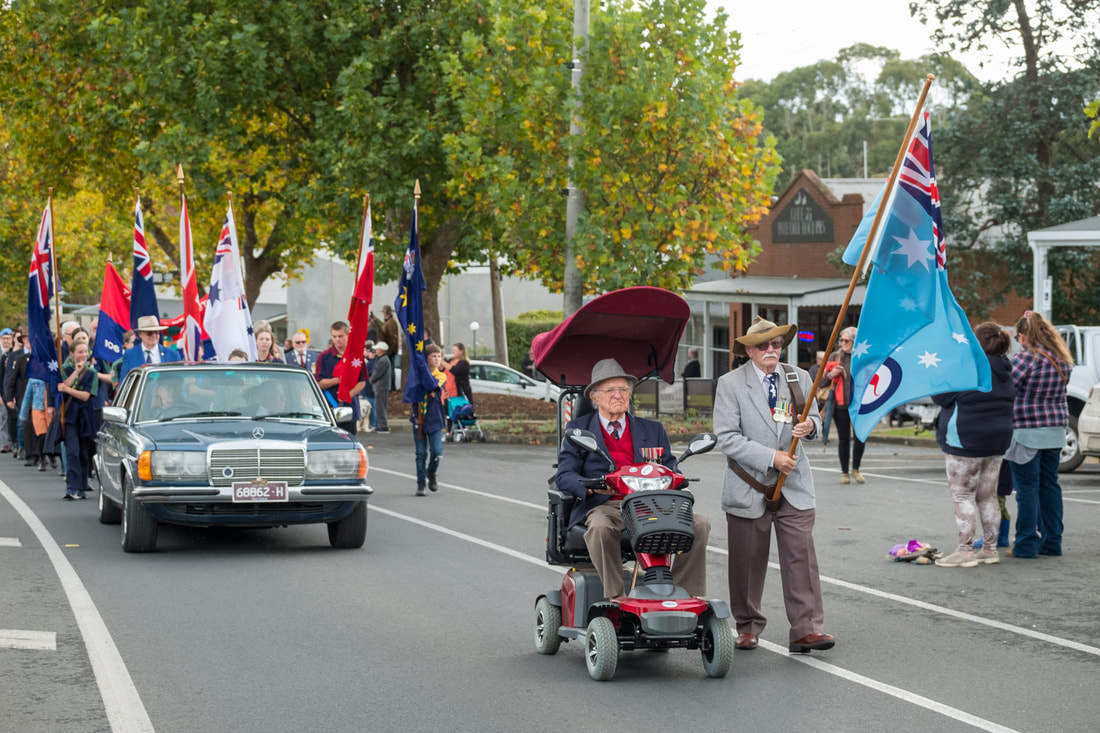 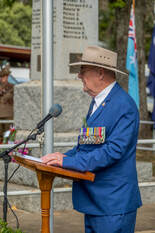 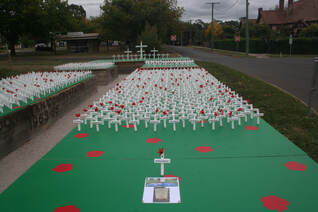 This year the Royal Australian Air Force celebrated its 100th birthday.
The two gentlemen who led todays march are both RAAF veterans, Tom Runnalls served during WW2 and Brian Reasons served post WW2. We also have personnel from RAAF Laverton who joined us in todays march.

In the European theatre of the second world war, RAAF personnel were especially notable in the Royal Air Force Bomber Command. Total RAAF casualties in Europe were 5,488 killed or missing.
Hundreds of RAAF members became prisoners of war in Germany and Italy, as well as a smaller number in the Far East.

​The RAAF's casualties in the Pacific were around 2,000 killed, wounded or captured.
At the end of the WW2 the total RAAF casualties in all theatres were 10,562.

William Parkes was born in Creswick and worked as a Public Servant in His Majesty’s Customs.  On the 4th August 1915, at the age of 23 years, he enlisted in Adelaide. After initial training he embarked from Adelaide on the SS Runic in January 1916, and  disembarked at Marseilles in March. Transferred to 7th Brigade, Machine Gun Company and served with the  7th Australian Machine Gun Company until he was hospitalised with a septic right ankle. He then  transferred to the Australian Flying Corps and completed training where he graduated as a pilot and was promoted to 2nd Lieutenant on 14th August 1918. On 1st September 1918 he was killed in an aeoplane accident at Tetbury, Gloucestershire and is buried at Leighterton Cemetary in the United Kingdom.
William is remembered here on this Cenotaph and also in pride of place at the front of the Field of Crosses. 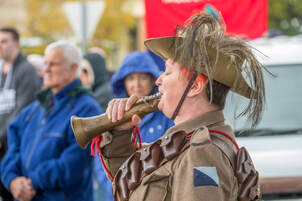 ​Inscribed on this Cenotaph are the names of those who paid the supreme sacrifice, and also on many other Cenotaphs throughout Australia and in Foreign Lands  many other names are inscribed.
​We gather here today, humble and contrite, and in respect for those gallant men and women.
Hallowed in Christ be the memory of the brave men and women who died in these wars for the freedom of the world. They were young, straight of limb, true of eye, they were staunch to the end against odds uncounted.
They fell with their faces to the foe.