The Creswick Avenue of Honour, located in Kingston, commemorates those who served in World War I.  The Obelisk lists the names of the 281 men and women and their individual trees on the east and west side of the road. Dedicated to those who served in World War I are the  Dutch Elm trees (Ulmus x hollandica) which stretch for four kilometres. The National Trust of Australia (Victoria) Register of Significant Trees of Victoria has registered the Avenue trees.

Location: The Avenue of Honour runs the entire length of Kingston Road, Kingston, between the Midland Highway to the south and the Allendale-Kingston and Werona-Kingston Road to the north. 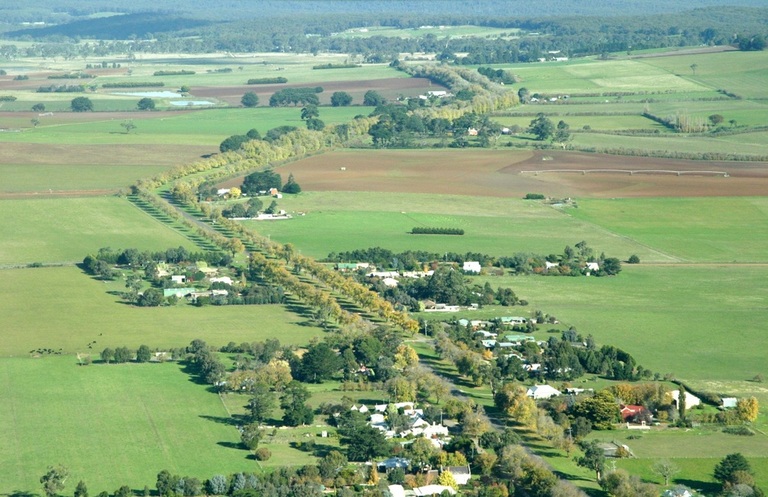 Aerial view of the Kingston Avenue of Honour  looking south with Kingston in the foreground.
Photo courtesy of Wayne Rex Brereton.

Creation of the Avenue 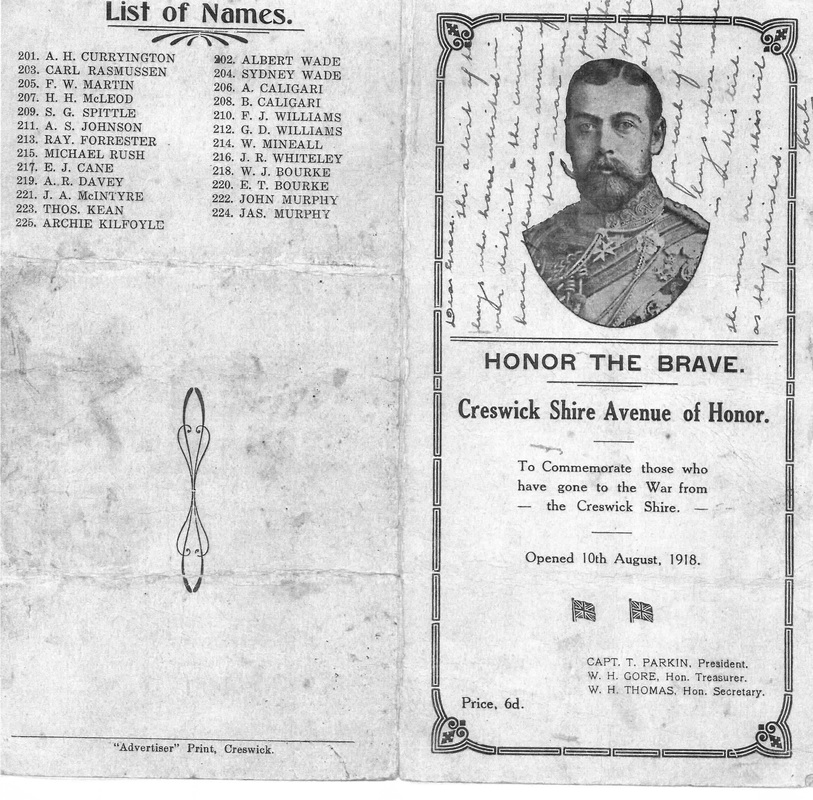 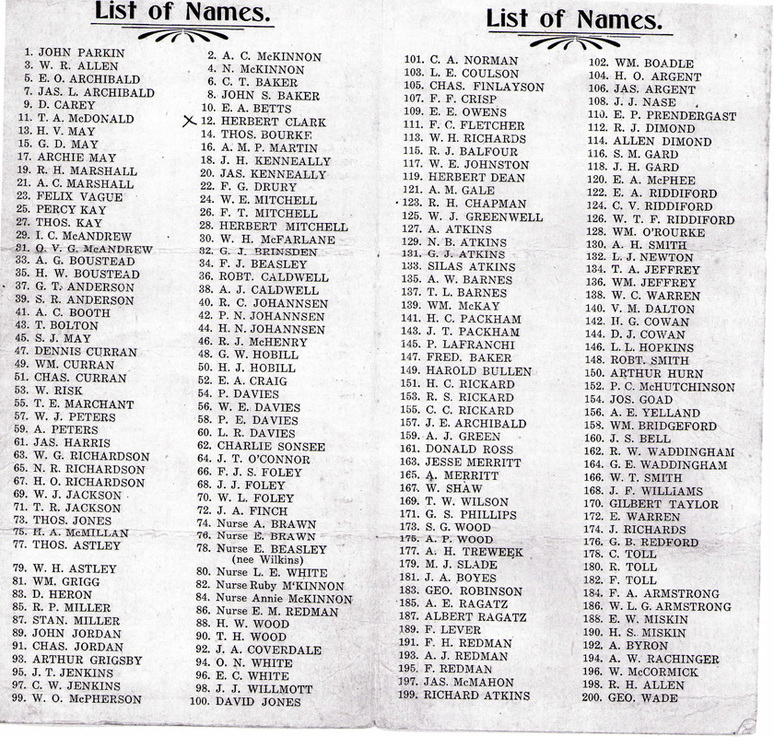 A well attended meeting of parents was held in Kingston school on Monday evening, May 19th, for the purpose of electing a school committee for the ensuing three years. The head teacher (Mr. W. H. Thomas) presided. Mr. Thomas expressed pleasure at seeing so many present. It looked well for the interests of the children. They were all school children once, and were particularly keen when adults evinced an interest in their welfare, and in the many little comforts, picnics, races, etc., so dear to children. The school children of to-day were wide awake to those who studied them and cared for them. The little ones fully appreciated every kindness shown them, and every effort made for their comfort. Before proceeding with the election, he referred to the excellent work done during the past term of office by the retiring committee. They had, owing to the war, a very strenuous time, and had come out splendidly at every call. Amongst the works carried out during the past 12 months were completely cleaning and scraping the slate on the school roof, repairing gutters and down pipes, erecting seats in the play ground, planting a hedge of pittosporums, and fencing same along west side of the play ground. The committee had also erected tree guards and sunk holes for the planting of 50 Canadian elm trees from the school to Victoria corner, in continuation of the avenue of honour. The council had supplied the guards. These had been removed from trees now able to do without. Some of the guards required a considerable amount of labour to re erect. This was done mainly by Mr. C. Russell and Mr. Joseph Rickard and the head teacher, who worked energetically till every guard was in position. Mrs. C. Russell and Mrs. Weir did excellent service in supplying refreshments for the workers. These ladies also did yeoman service at the Empire Day picnic, and the unveiling of the Honour Board by the Director of Education, the honour board being due to the energy of the school committee. A hearty vote of thanks, carried by acclamation, was accorded the retiring committee. It was decided that the incoming committee consist of five members. Nominations were received, and Messrs C. Russell, Alf. T. Leishman, and. J. Grenfell, and Mesdames C. Russell and A. T. Leishman duly elected as a school committee. 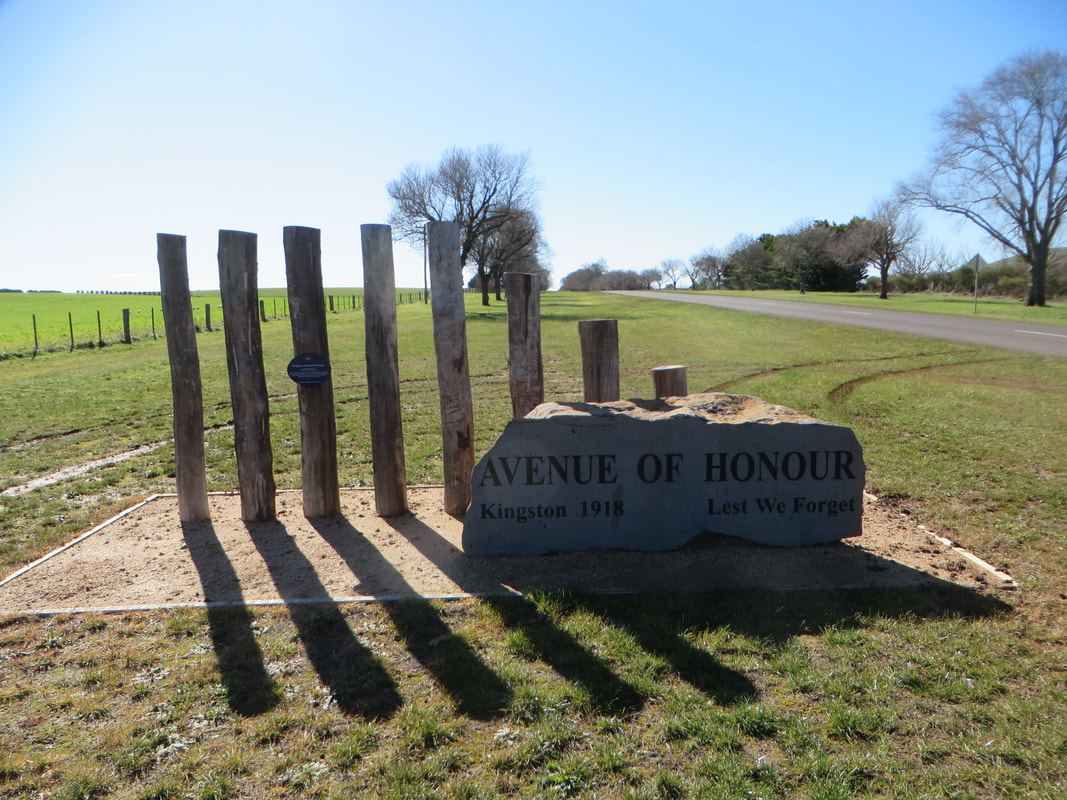