Charles Bailey's medals were in the custodian of the Creswick & District Historical Society (CDHS), who in 1994 loaned then to the newly created Ballarat Rangers Barracks Museum, as they had no medals at the time of the opening.

In May 2021, Museum Manager Major Neil Leckie, RFD (Ret'd), contacted the RSL after see the article on the RSL website, re George Baileys medals that were found in 2014, given to the family on ANZAC Day 2015 and donated back the RSL and are now hanging in the RSL Hall.

Neil Leckie, wanted to return Charles's medals  to the CDHS with the hope that they would be donated to the RSL so the the two brothers medals could be hung together.

​With discussions with Neil and CDHS, the CDHS agreed to donated the medals to the RSL.

Neil Leckie has had a new frame made to house Charles's medal in the same design and by the same framer that did George's medal.

On ANZAC Day 2022,  Neil Leckie along with the Creswick-Smeaton RSL President Alan Morris unveiled Charles Bailey's medal along side his brother George Bailey. They are now together after over 100 years apart. 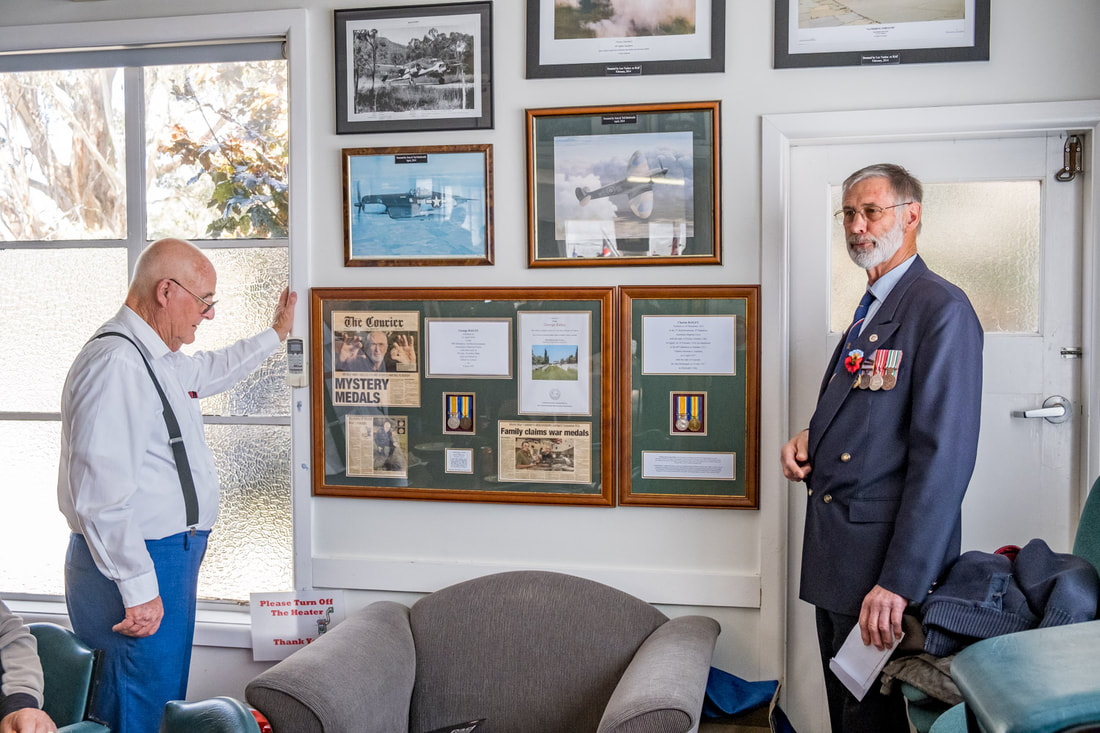