The small wooden crosses are colour-coded to represent the different armed forces. A sprig of rosemary is attached to each cross which represents a loved one gone but remembered. Now it is done with a Poppy. They are each personalised with hand written names or small messages.

The first mention of Creswick's Fields of Remembrance was in the "Creswick Advertiser" dated 23 April 1965;

The Cross of Remembrance beside the memorial column will be floodlit on ANZAC Eve and ANZAC Night.

The Cross of Remembrance is a large cross-marked out by inserting a big number of small crosses in the lawn.  There is provision for each small cross to bear the name of a remembered ex-serviceman.

Each year the public would be gathered around the crosses at the Dawn Services whilsts the service itself was held in front of the Cenotaph. In 2014, the location was changed so that the Field of Crosses were beside the Cenotaph running East/West, so that the public could see the crosses and both the Dawn and ANZAC Day services, as shown in the 2014 photo's below.

With the increase in the number of RSL crosses and the inclusion of the World War One Enlistment Project for which crosses were made for soldiers and nurses, who were born in the Borough of Creswick and enlisted in the First World War, the Field of Crosses was enlarged so that it again started  in front of the Fountain and continues down to the Cenotaph

When you walk amongst the crosses or Flanders Poppies, you get some sense of what it must have been like in the trenches. 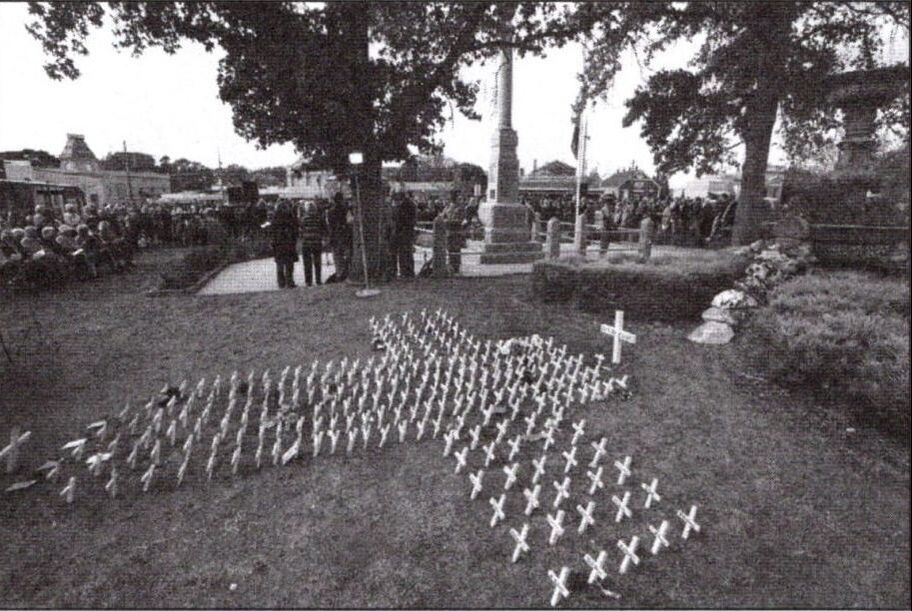 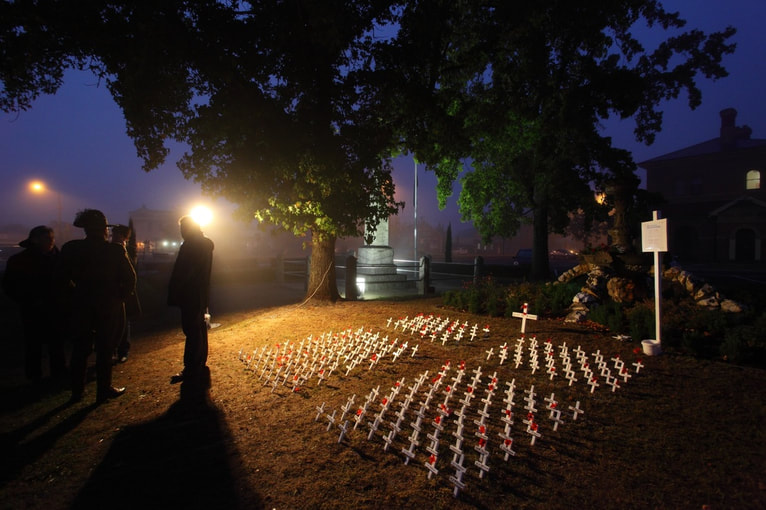 The Field of Crosses were moved to their new site for the 2014 ANZAC Day service in preparation for the Centenary of ANZAC Day in 2015, where over 1100 crosses will be unveiled.
Laying of the new All-Weather paths - 15th & 16th October 2016

Due to inclement weather that can occur around ANZAC Day and Remembrance Day, the ground would get very wet and slippery and with many feet looking at the crosses, very boggy and not easily accessible for wheelchairs and walkers.

It was decided for public safety to cover the ground using Kaolin Sand which is white to match the Crosses and the cross shape o the paths. When packed it is like concrete and allowing those in wheelchairs and walkers to move aroudn without getting bogged. 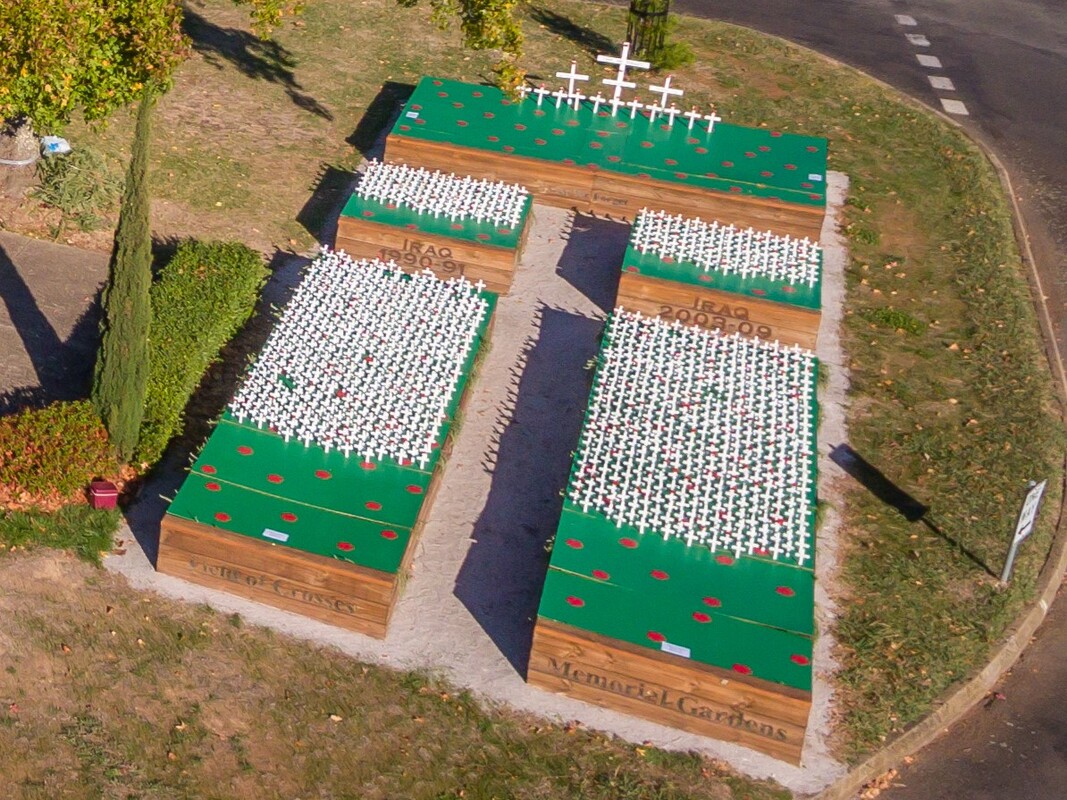